On April 8th, 2012, the user Umbra posted the eleventh transmission in the Spreaker.com website. The transmission starts with a series of horns followed by an excerpt of The Peace Patrol. Instead of numbers, the body of the transmission contained an encoded SSTV image imposed over a chanting.

The following image was included in the transmission (album containing denoised image): 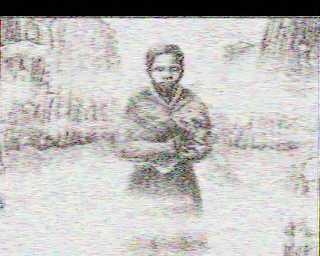 Retrieved from "https://siftumbra.fandom.com/wiki/Transmission_11?oldid=4324"
Community content is available under CC-BY-SA unless otherwise noted.