On April 6th, 2012, the user Umbra posted the ninth transmission in the Spreaker.com website. The transmission starts with a series of horns followed by an excerpt of The Peace Patrol. Instead of numbers, the body of the transmission contained an encoded SSTV image.

The following image was included in the transmission (alternate link): 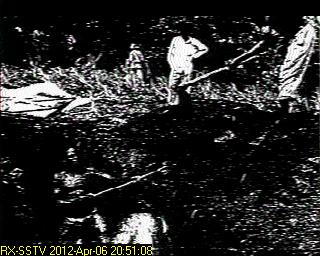 Retrieved from "https://siftumbra.fandom.com/wiki/Transmission_9?oldid=4199"
Community content is available under CC-BY-SA unless otherwise noted.